Subject: The Medium Pressure Discharge Lamp as a Compact Plasma-Antenna 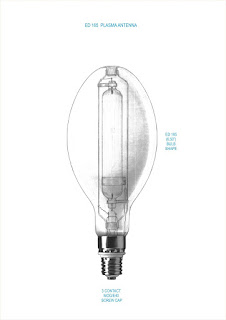 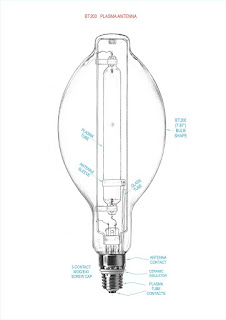 
Consider for the ED165 plasma-antenna the arc tube of the same size as that used in the Osira MA lamp (the first mercury lamp): http://www.lamptech.co.uk/Documents/M8A%20MA%20Lamp.htm

Notice that this type of 3-contact screw-cap plasma antennas may use a common 2-contact lampholder in order to supply the current for the plasma tube, while the 3rd contact needs to be made separately, by connecting the antenna wire directly to the upper contact of the screw-cap using a special bracelet, after the antenna-bulb is screwed. 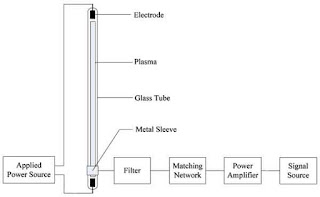 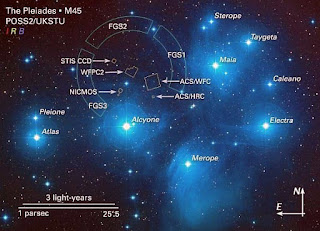 
Notice!
This post about 'The light emitting diode and related devices as an antenna for scalar waves broadcasting'is only a technical supposition. For moment we have no found proof or data that this kind of solid state works,... thus it may, as well.We considered to put it into discussion, starting from only the fact that solid state antennas are in some trends, as plasma antennas, beside of the ionized plasma antennas, of course for radio-waves.But, also considering that ionized plasma antennas can be used for scalar waves too.


A new look at the Ufer ground system: http://www.scott-inc.com/html/ufer.htm


Imagine a caduceus coil with a discharge tube in the 'midst' of it (from an electrical connection point of view, it's not instead the ferrite, which is in its place).

In fact you have the discharge tube at the end of the first winding, and thereafter the reverse winding. So, the tube is apart from the 2 coils which are interwinded.

More exactly you have a discharge tube interconnected between the 2 windings of the caduceus coil.

The problem of interest is what will happen from a 'scalar waves' point of view.
How will it work as a scalar waves antenna this interconnection, as principle at least?...


For only a better understanding (thus it's something different in case of scalar waves) consider a RF antenna in which the caduceus windings are instead the RF coil, while the discharge tube is instead the 'dipole'. 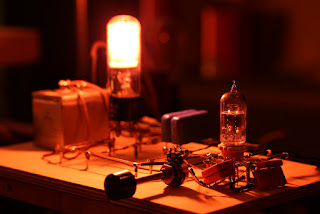